Hey Happy Tummies!
How's everyone's week going?
Things here are great! I had a really wonderful day yesterday on set shooting a commercial. I got to be cooking in the kitchen, so it was a lot of fun!

Then this weekend will be the same old shenanigans! NYC is the best at this time of year. I love exploring new parts of town, and going to rooftop bars with my friends! 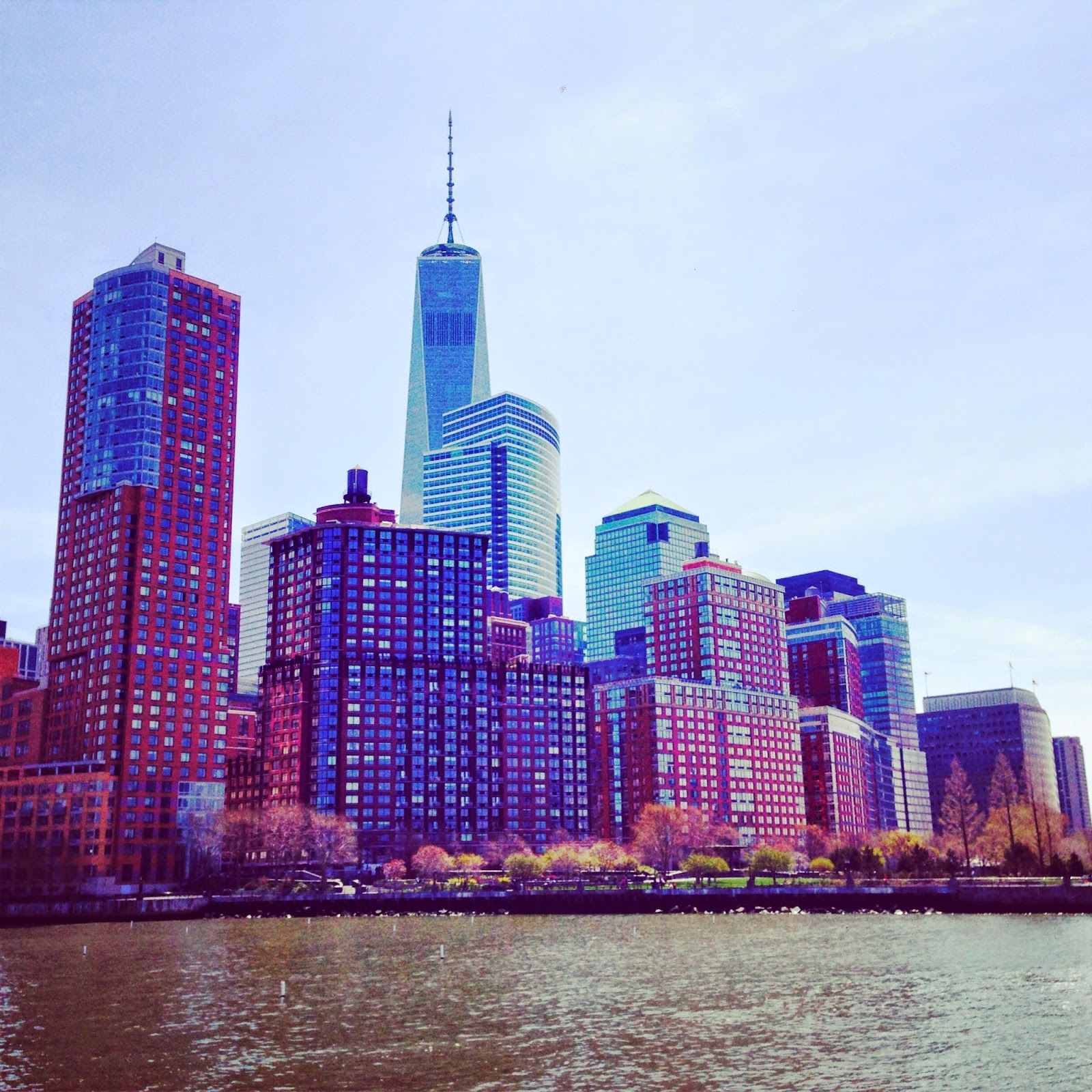 So the other night, I made a really yummy dinner. I felt like Italian, but as you know...on the Specific Carb Diet, pasta is hard to come by. 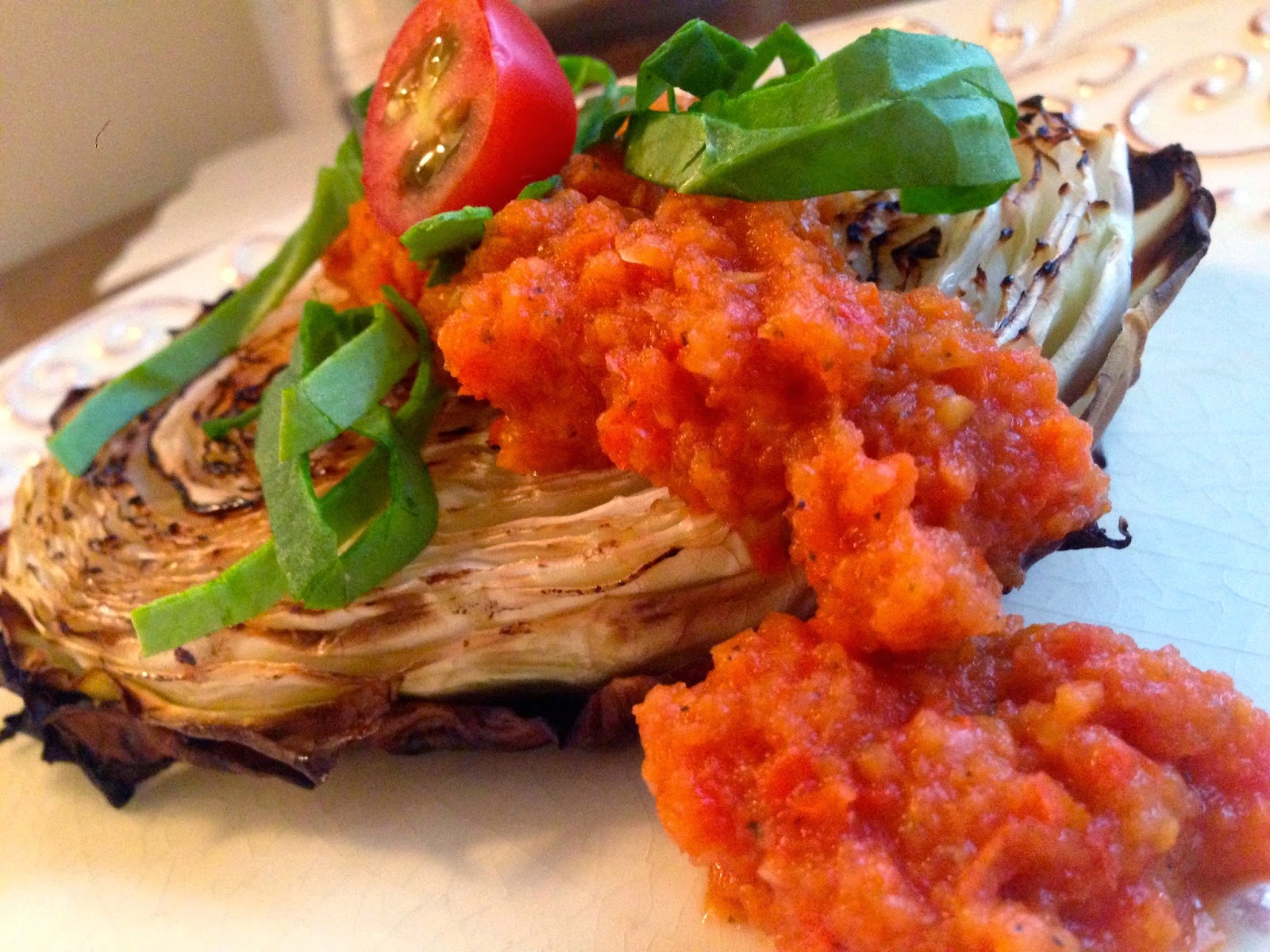 So I decided to get creative. I thought, what makes Italian food so good? --- a bomb sauce, that's what!
Sooo, I made a terrific red sauce, and slathered it over a deliciously caramelized "cabbage steak." 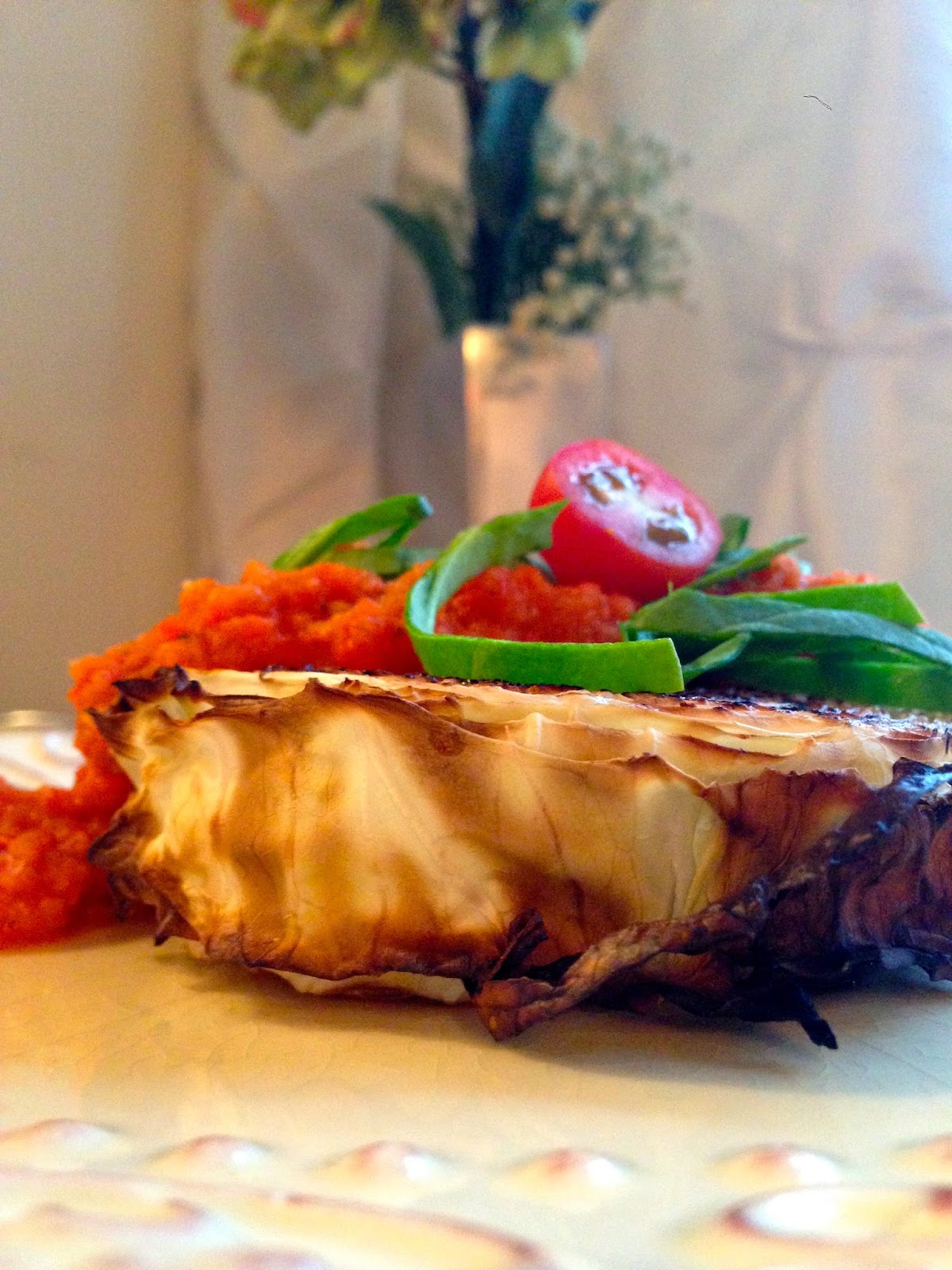 And people...cabbage may be a humble vegetable. -- Whenever I think of cabbage I think of a scene from Annie where poor people in Hoovervilles are drinking cabbage soup just to survive:)
But seriously, prepared this way...it is elevated to gourmet status. 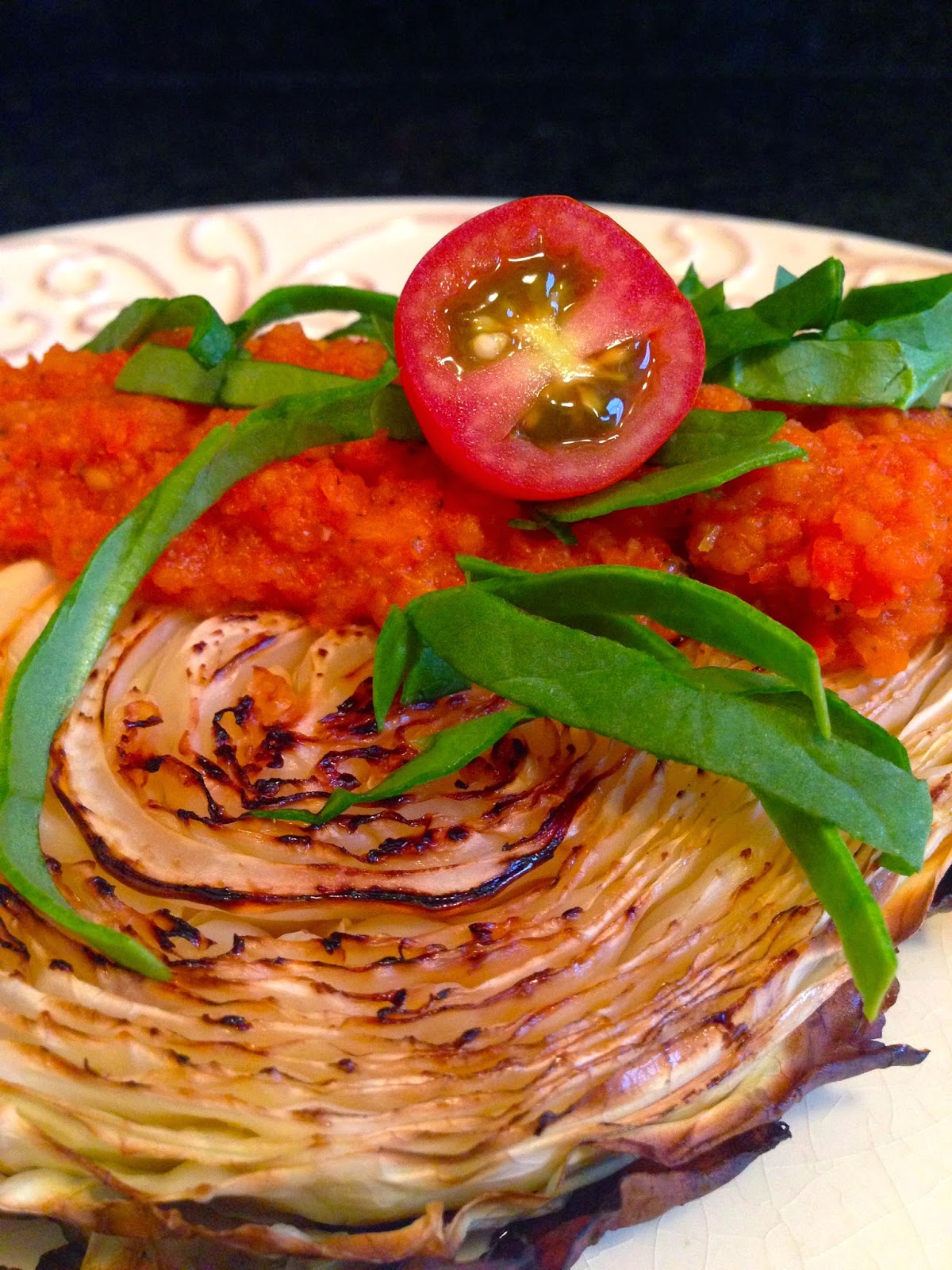 Don't knock it till you try it!
My Cabbage Steaks with Italian Red Sauce is Gluten Free, Vegan, Body Ecology Diet and Specific Carb Diet friendly, AND Paleo! (Phew! That's a mouthful!) 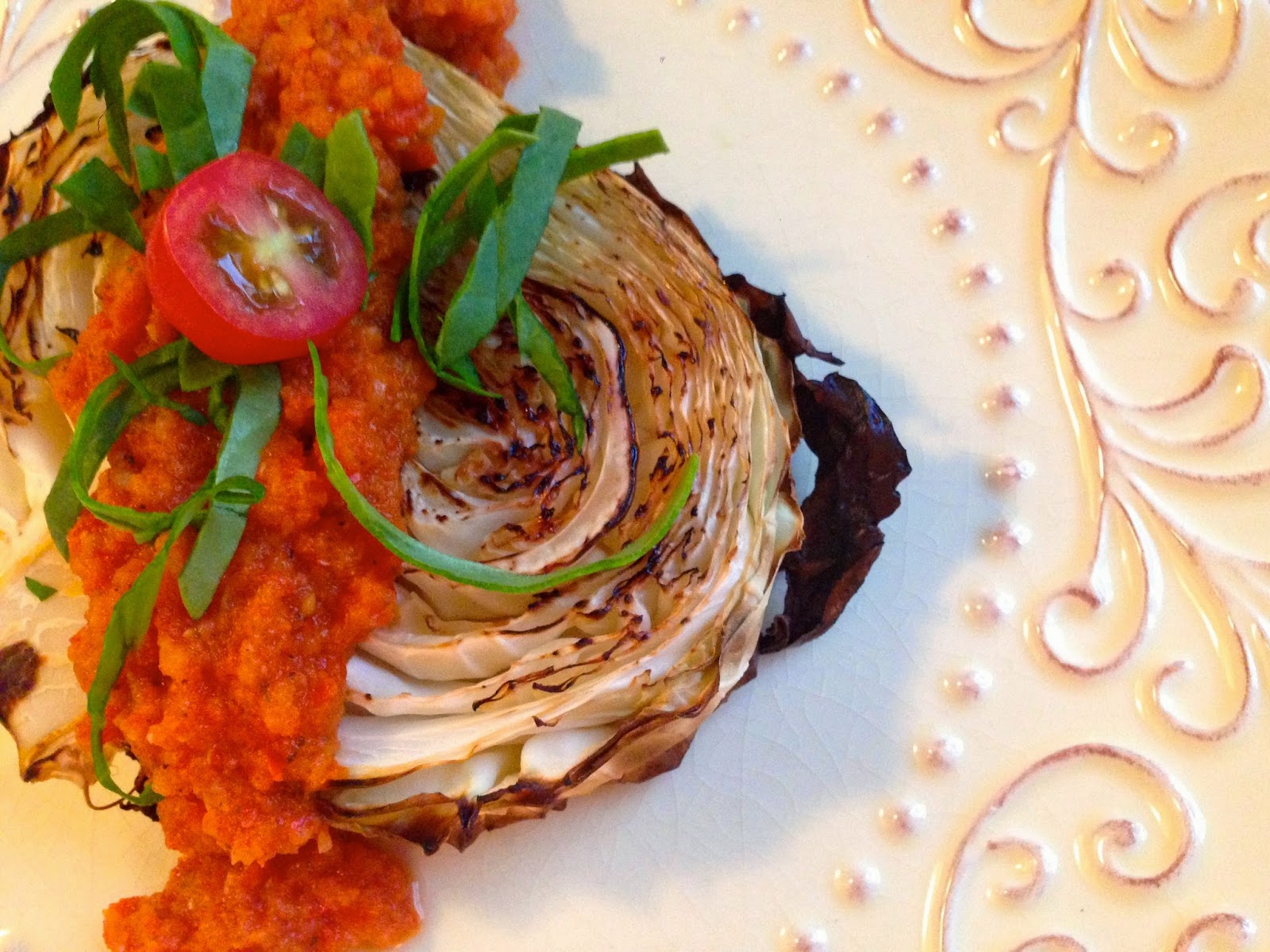 Here's what you need: (serves 2)
1 head of cabbage - cut into inch-thick steaks
Sauce:

Cut the cabbage into 1/2 inch steaks (You should get about 3 out of each cabbage). Make sure to keep part of the core intact at the base of each steak.

Spritz the outside with olive oil and place on a tin-foil-lined, olive-oil-sprayed baking sheet and bake for about 45 minutes, flipping once half way through. Sprinkle with sea salt when you take it out of the oven.

In a food processor, grind the cashews until they form a fine powder, about 30 seconds. Then, add your sautéed veggies and process until you get a smooth sauce.

To plate, top each steak with a generous portion of the sauce, and sprinkle with fresh basil as a garnish. 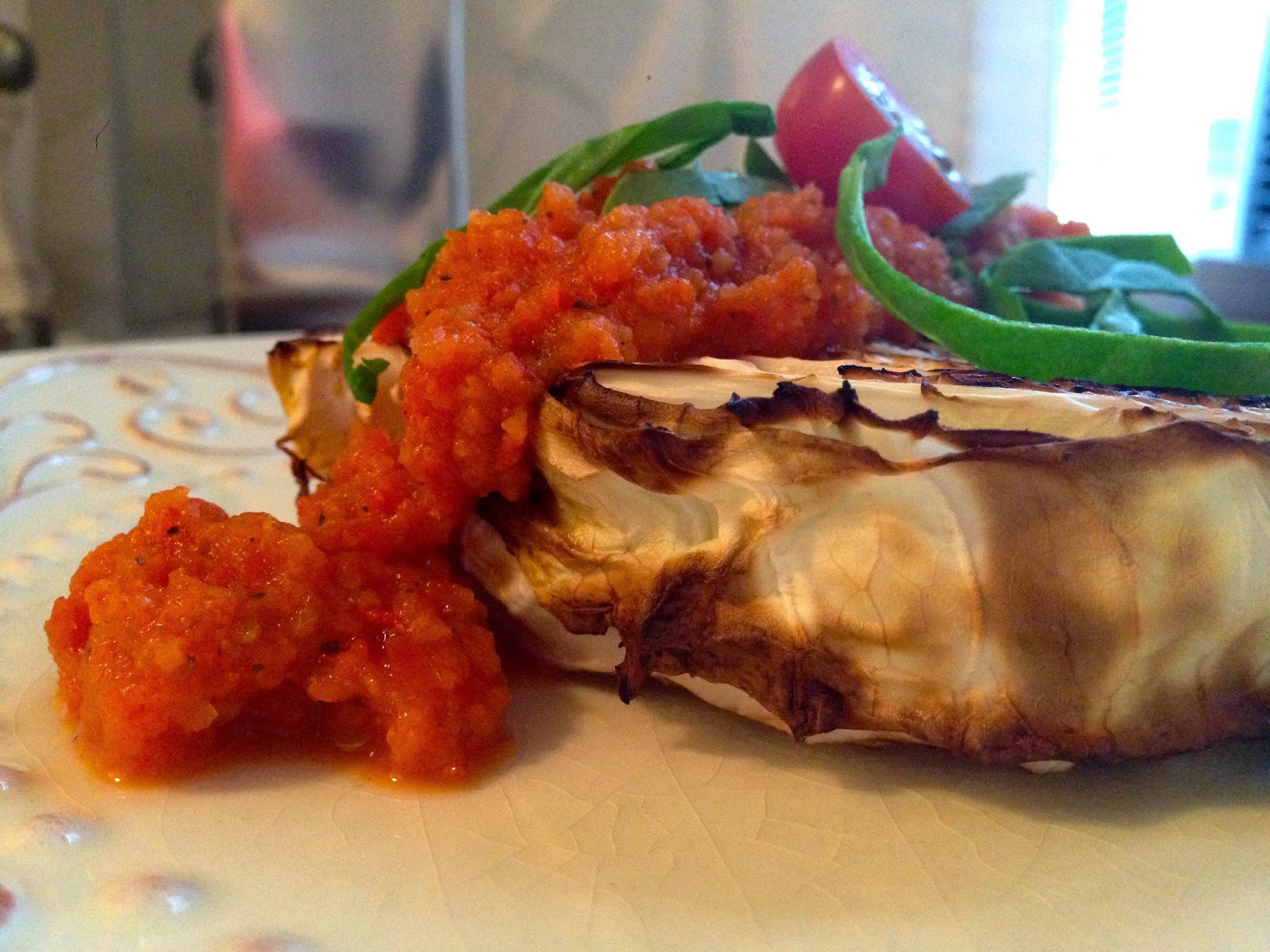 This meal was truly delicious. Cabbage does a beautiful thing when you roast it: it caramelizes and becomes chewy and hearty and wonderfully flavorful! Raw cabbage can be a bit polarizing, but when it softens and the natural sugars release, it is just outstanding...I'm serious! 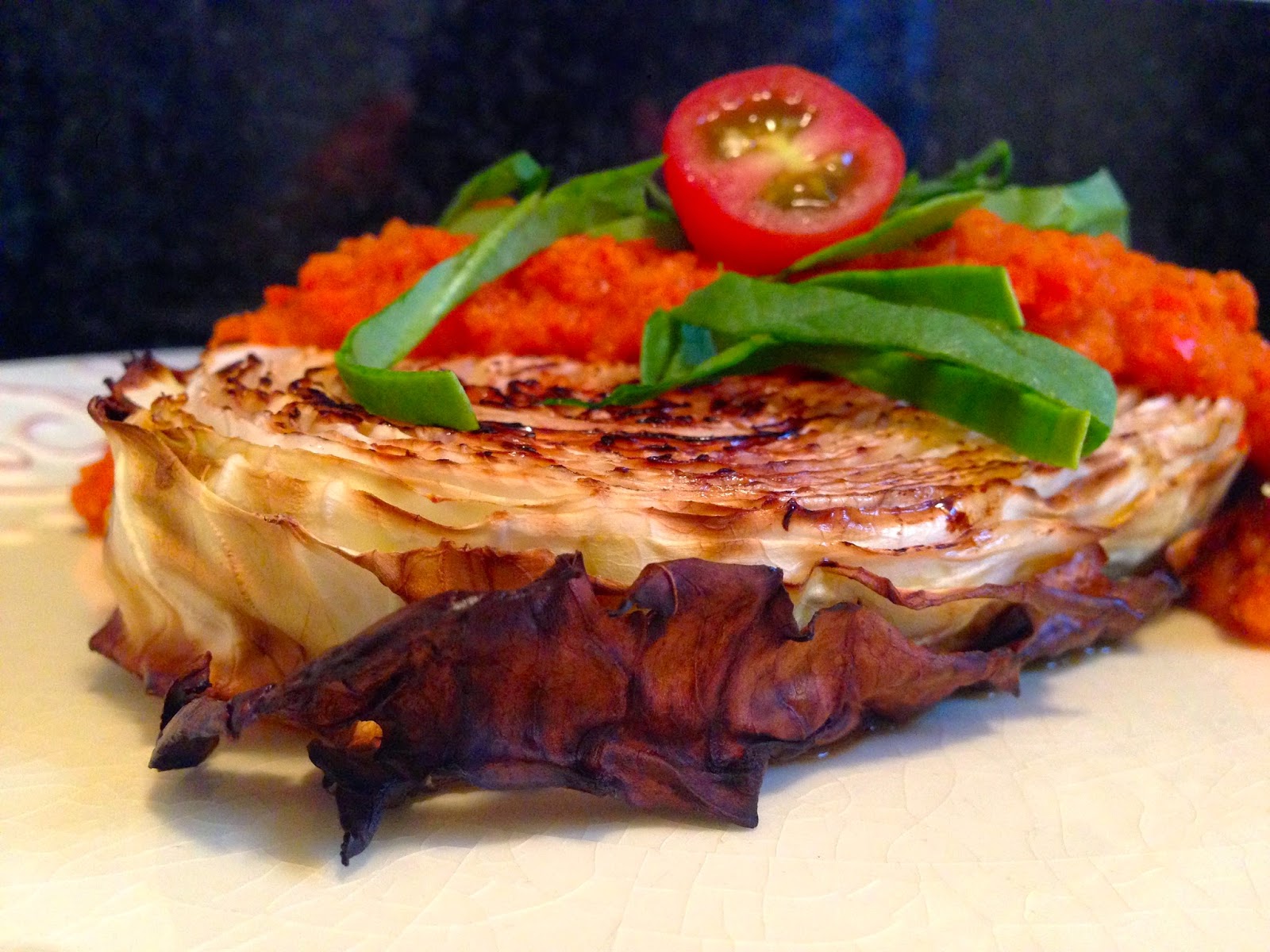 And the sauce...wow oh wow. An Italian grandmother would be proud! It's got those warm and "herby" notes from the basil and oregano, and then a bright sweetness from the tomatoes. And the cashews give it rich and buttery flavor as well. The final "pop" of fresh basil brings it all together and gives it a burst of color! 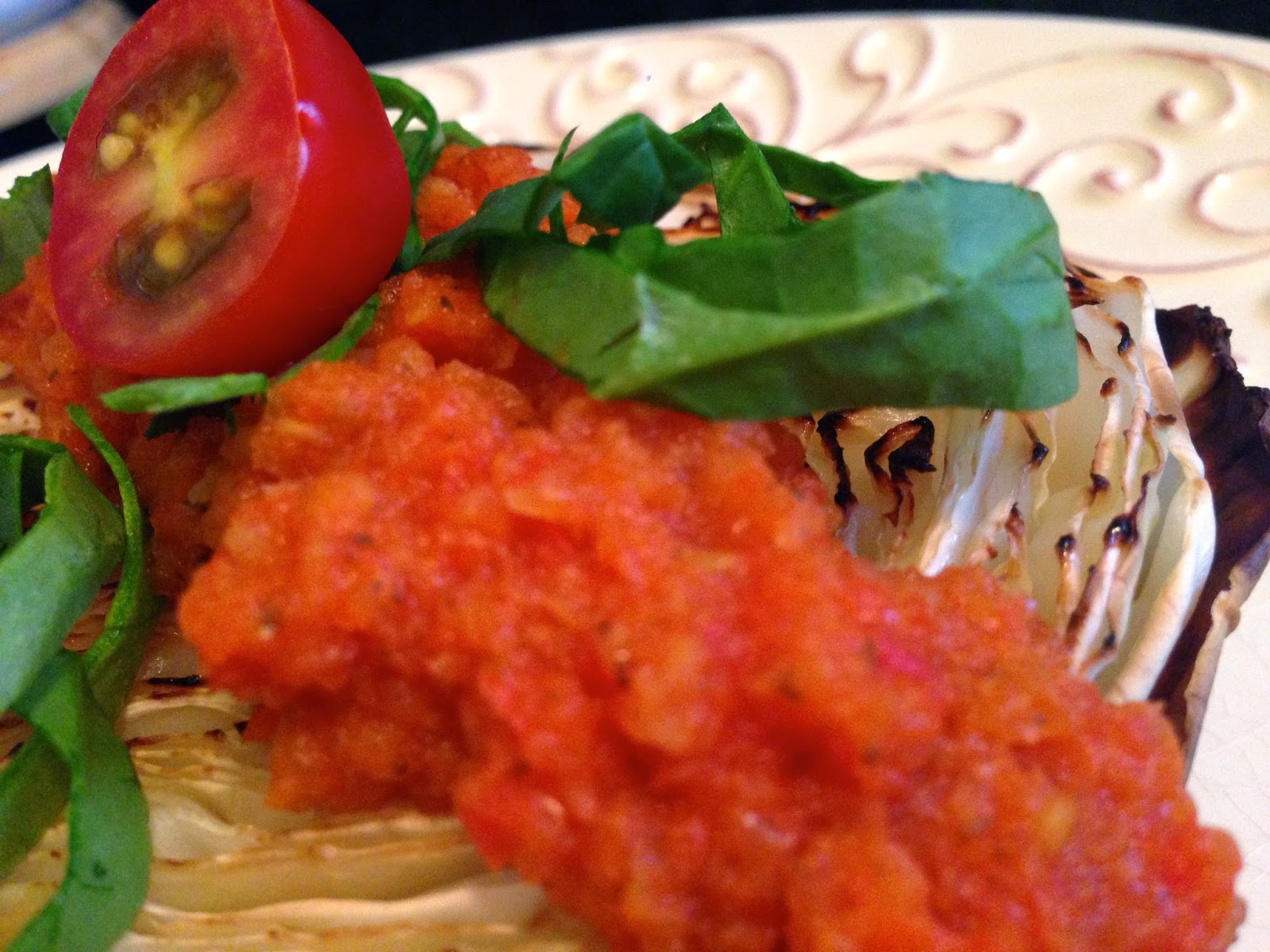 What are you looking forward to this weekend?

Until next time!
Posted by GlutenFreeHappyTummy at 10:07 PM 5 comments:

How was everyone's Memorial Day weekend?

Mine was great! Yesterday, I went to Coney Island beach with my friend, and boy, was it a sight to behold! There were so. many. people! Like, THOUSANDS!! A great way to spend Memorial Day.

What did you do? 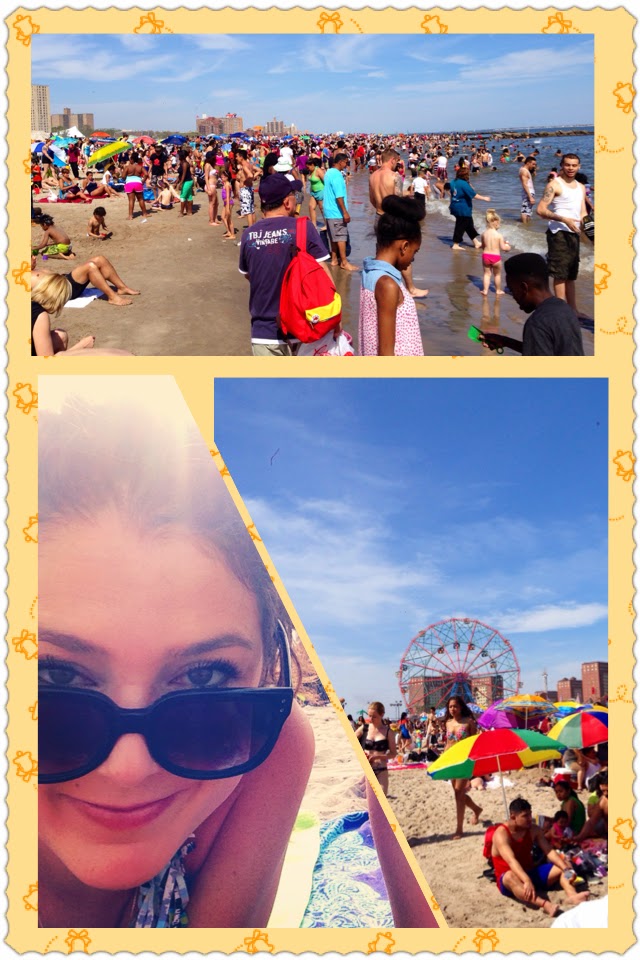 So last month, I was lucky enough to fly home to Cincinnati to celebrate the spring birthdays in my family! It was so wonderful to see my family and my little niece. :) She's growing up so fast! I love being an aunt:) 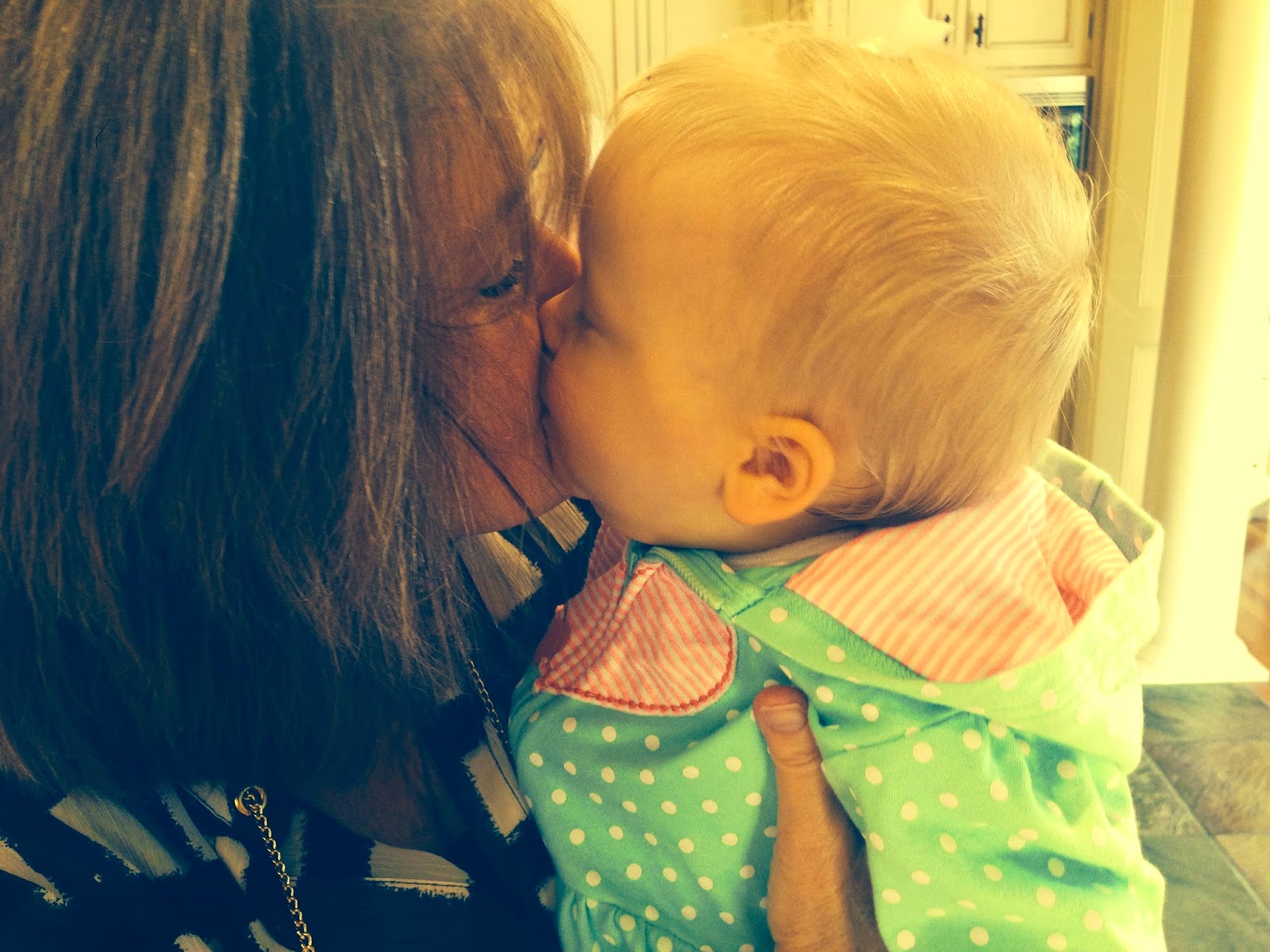 Kisses for Grandma and a straight arm for Auntie C:) haha 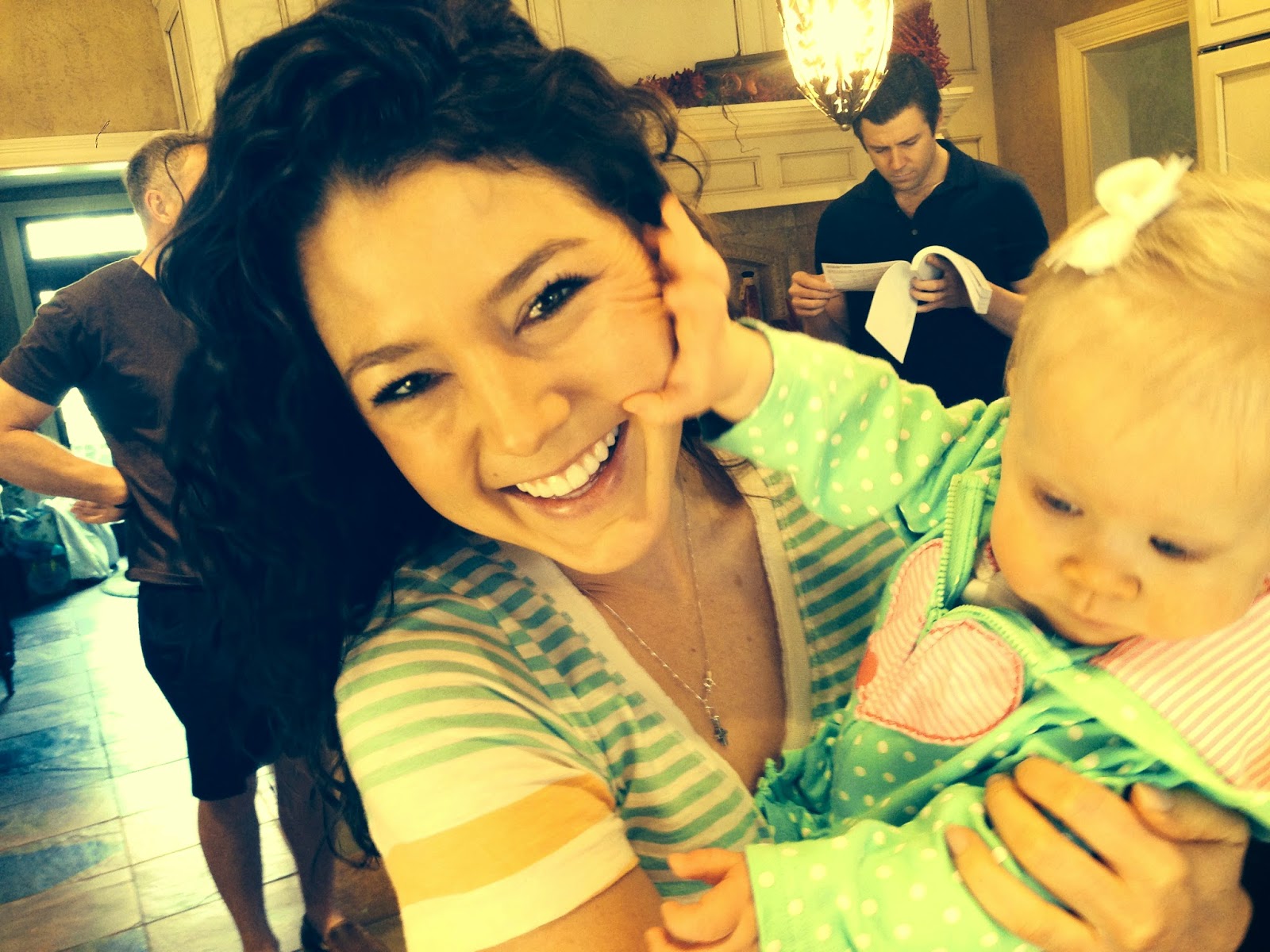 On Sunday morning, we had a big birthday brunch. One of my sister-in-laws is also gluten free, so we got a beautiful GF cake from a local bakery. And it was GOOD. And it was heavy...as in...it weighed A TON! I mean, look at that frosting! 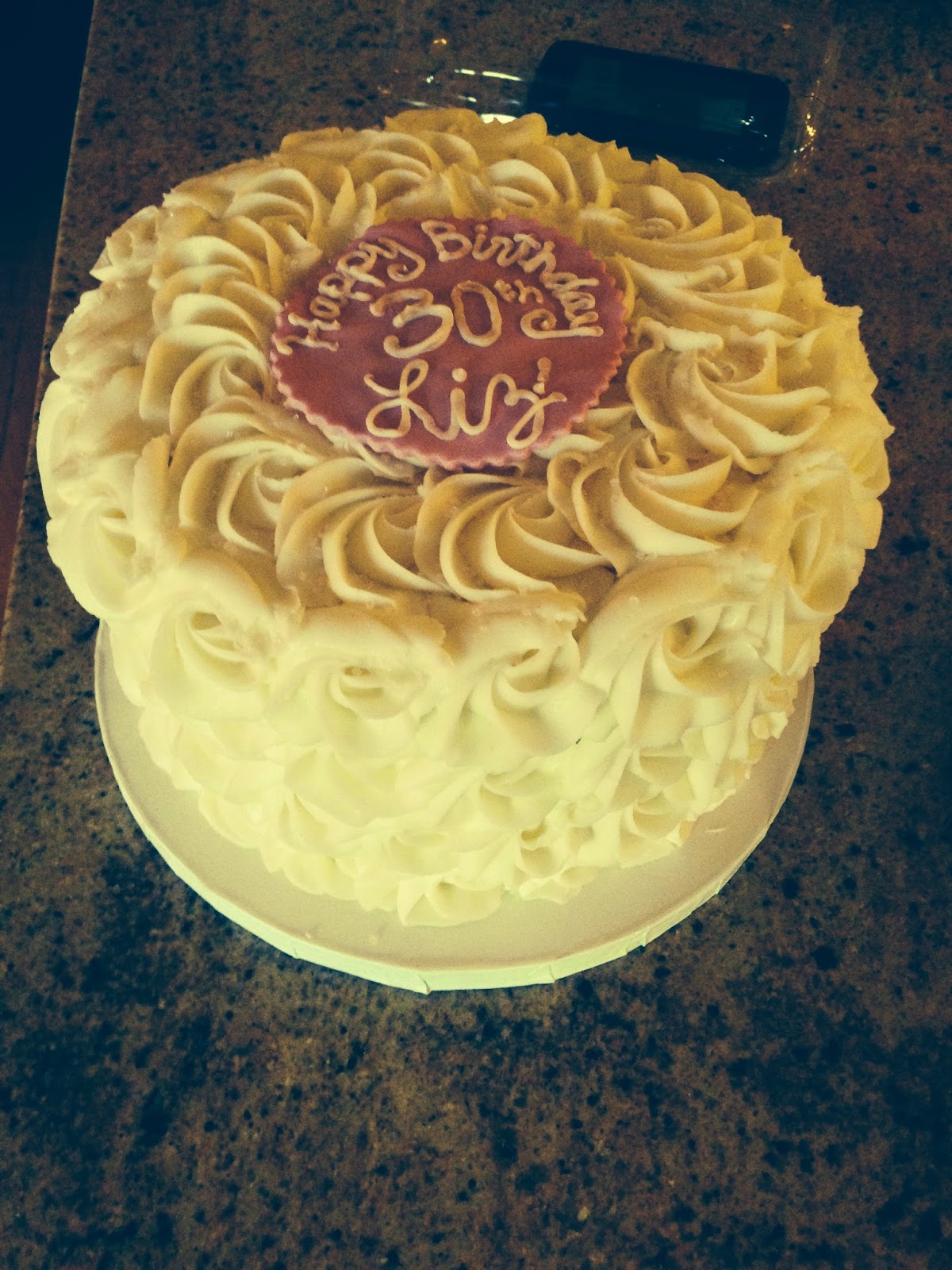 Check out my dad's piece of cake....it was bigger than my head! haha :) Also -- check out my dog in the upper left corner of the photo...Roxy is such a little beggar! 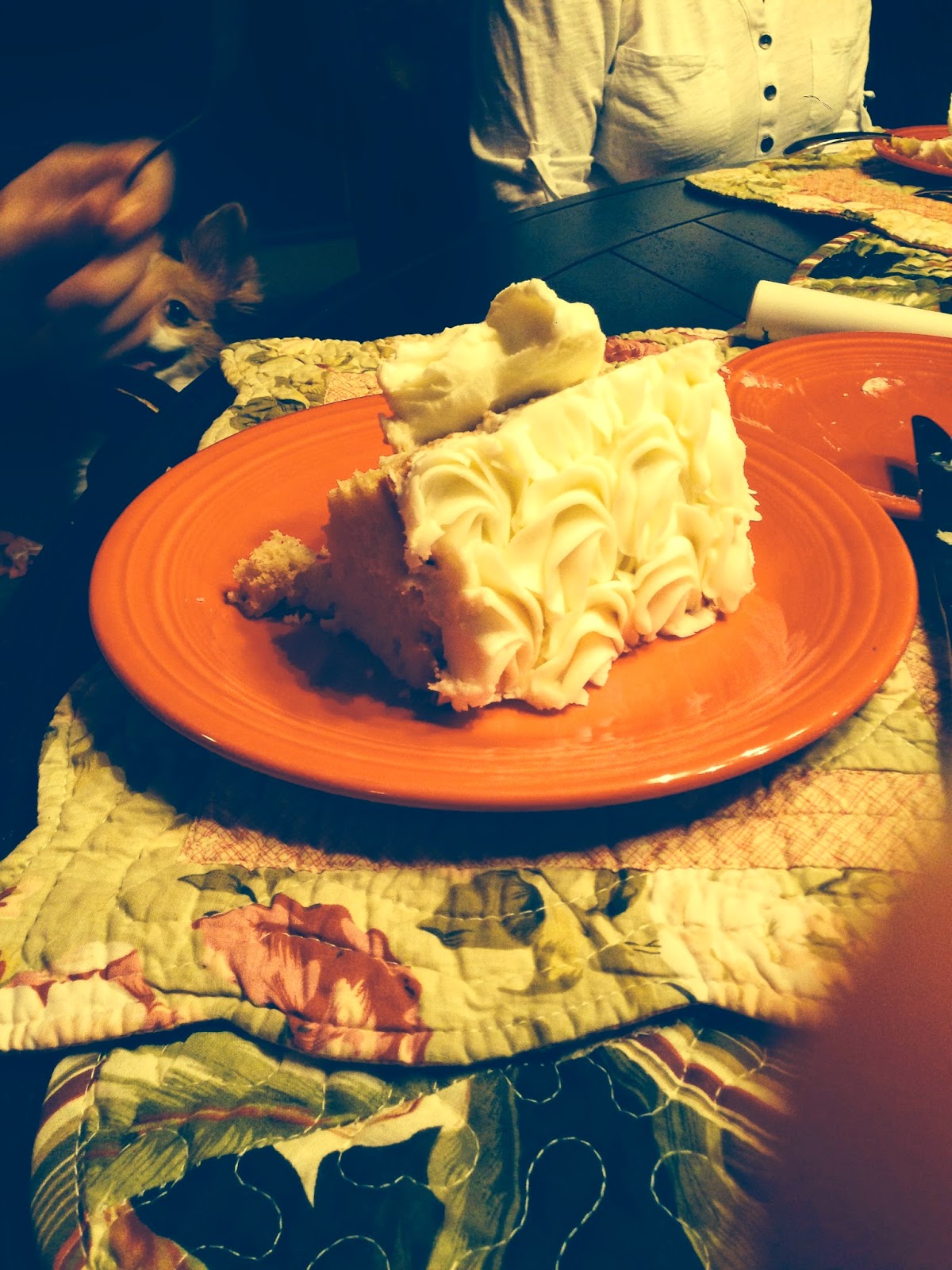 We had quite the spread of deliciousness. I made my crowd pleasing guacamole. Every time there's a get together, I'm always asked to make it...it's THAT good! So we had that with veggie dippers. 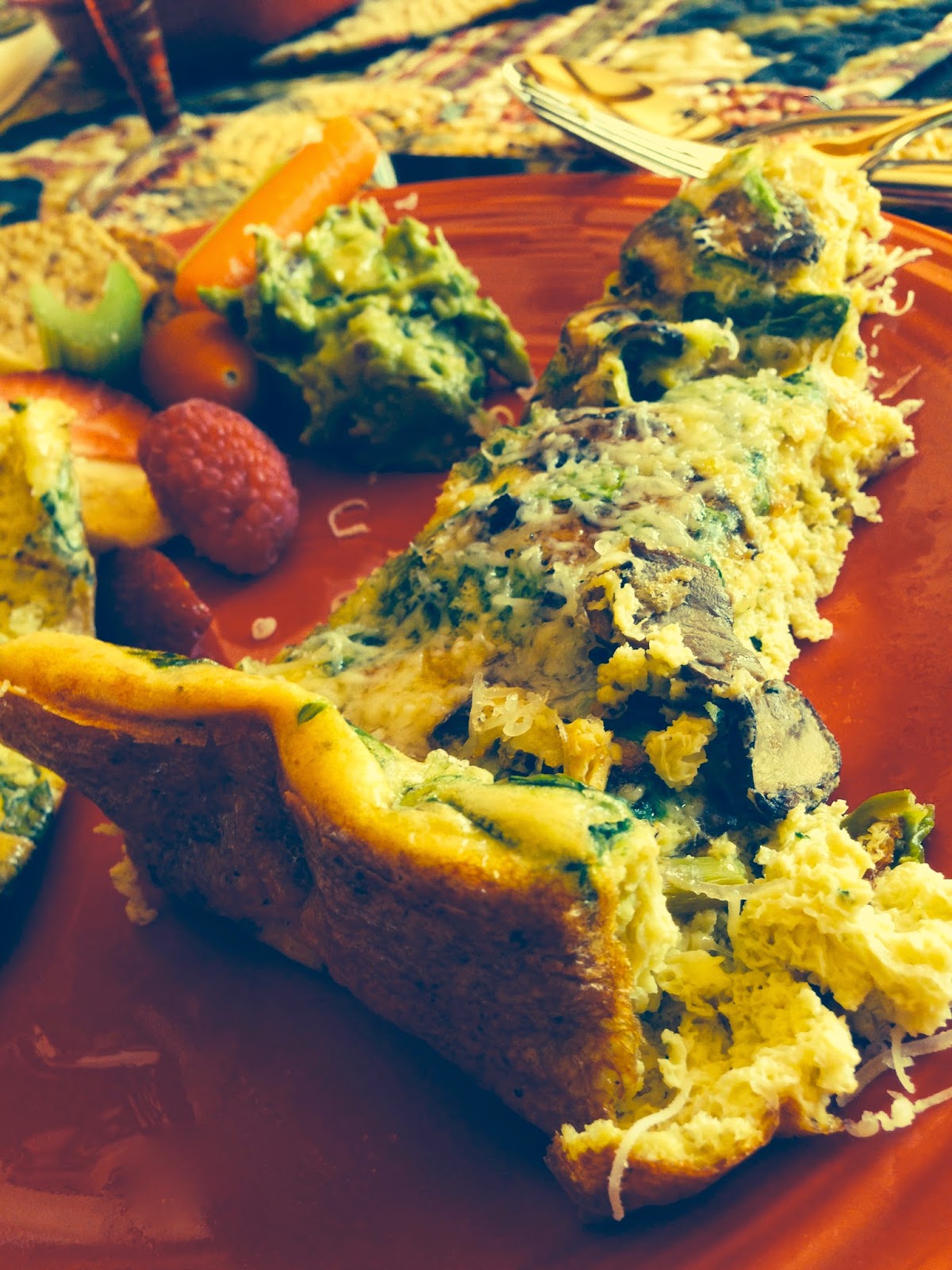 We also had a marvelous fruit salad, and my mom's cheesy mexican egg bake. 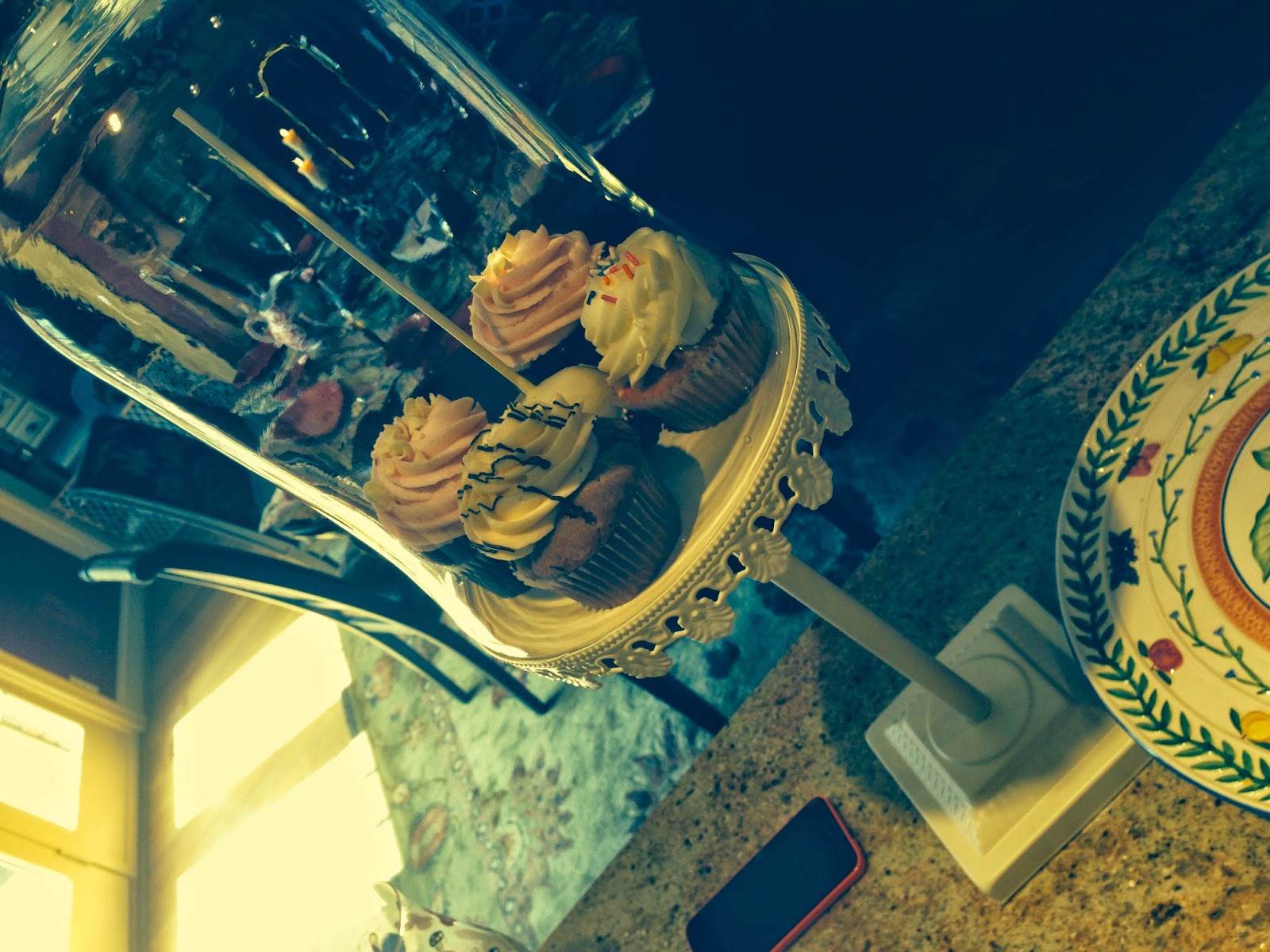 My favorite part was our mimosa bar! We had bubbly with fresh squeezed orange juice, mango juice, and pomegranate juice. I may or may not have sampled all three!! :D

I contributed a delicious and healthy Gluten Free frittata! It had spinach, onions, and mushrooms. It's not vegan of course, but it was delicious and SCD legal. 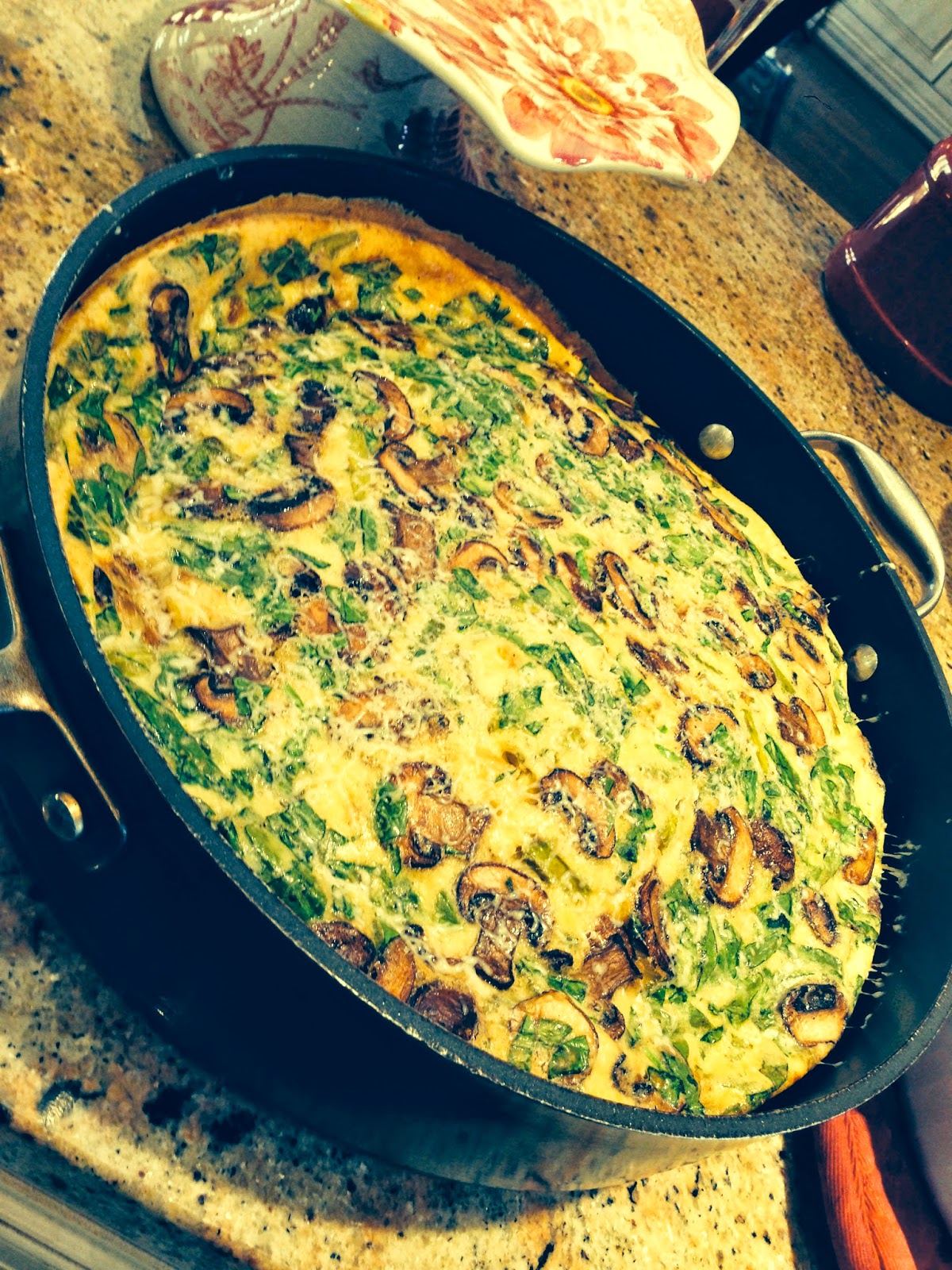 Chop all your veggies. In a large frying pan, sauté your onion over medium heat in 1 tsp EVOO, pinch of salt and pepper, until soft, about 5 minutes. Stir in your baby spinach to wilt. Transfer the onion and spinach to a plate and set aside. Add another tsp EVOO to the pan and brown your mushrooms by placing them in a single layer. Let them cook, untouched, for about 3 minutes. Flip each mushroom, and let the other side brown for another 2 minutes. Once brown, remove from heat and set aside.

Meanwhile, whisk the eggs, egg whites, salt and pepper together in a large mixing bowl.
Stir in the pecorino romano cheese, if using. Then, stir in the vegetable mixture.

Spray your largest non-stick, oven-safe skillet with cooking spray and add 2 tsp EVOO. Pour in your egg mixture. Place on the stove over medium-high heat, untouched, for about 4 minutes, until the bottom starts to set. Then, transfer to the oven, and let it cook for about 15-20 minutes, until cooked through.

When you take it out of the oven, immediately sprinkle with the parmesan cheese, if using.

How delicious was this frittata!?! It was savory and creamy, and beautifully hearty, yet light and healthy!

It looks beautiful with all the green from the spinach, and the golden brown mushrooms.

And it was so yummy! The mushrooms were chewy and earthy, while the spinach was fresh and springy. You felt like you were indulging in something decadent...however, it's secretly healthy!

The additional egg whites gave it a wonderful texture as well. They made it puff up in the oven, almost like a souffle. It deflated once we took it out, but it kept the light and fluffy texture. 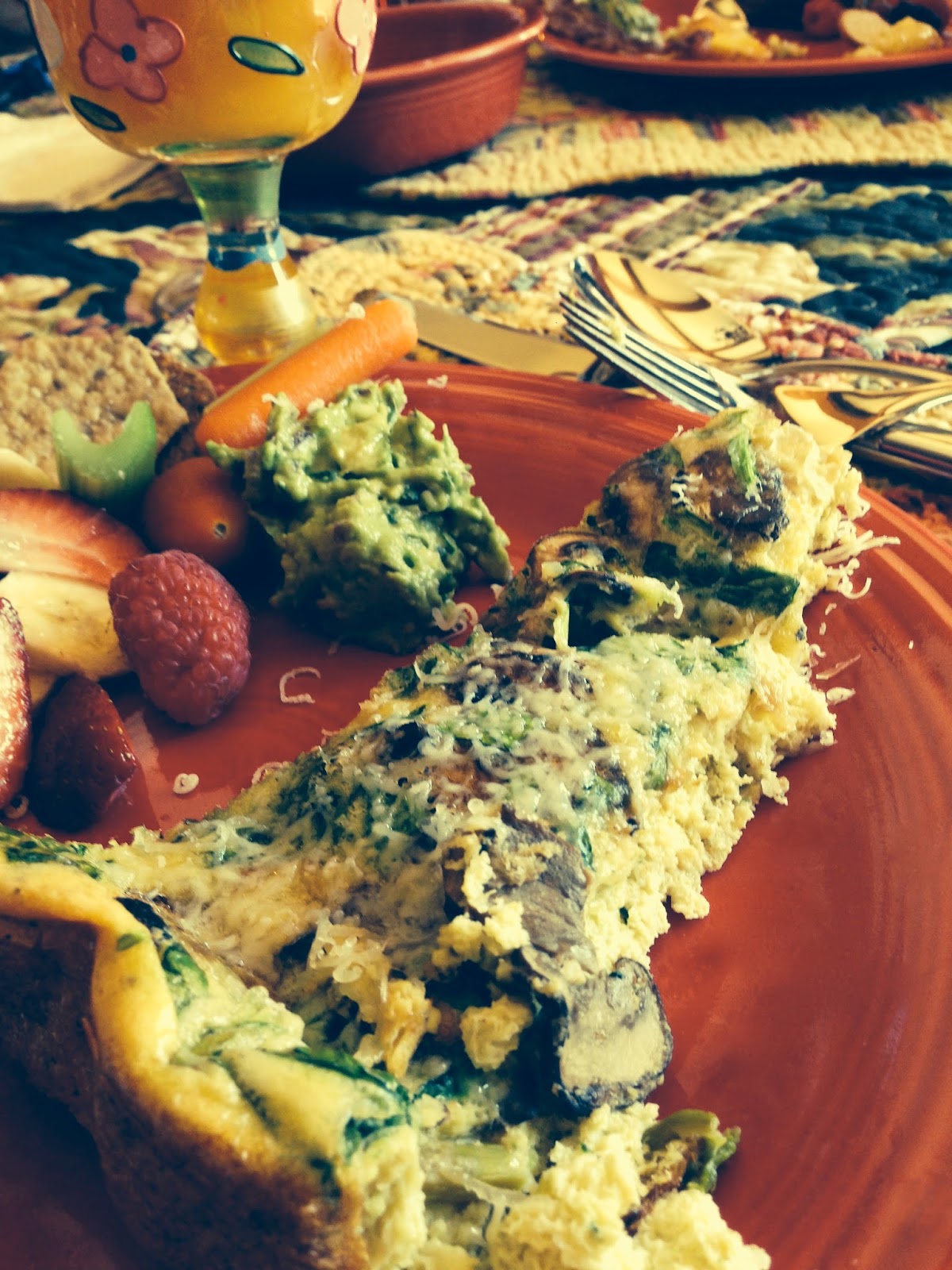 Needless to say, we gobbled it all up!

This week is going to be an exciting one! I just now am getting back from an audition. I've got another audition tomorrow, and then Thursday I'm shooting a commercial!

I've got another delicious recipe coming up later this week!

See you then!
Posted by GlutenFreeHappyTummy at 10:43 PM 3 comments:

After a long hiatus, I'm back and ready to party! :) This past semester, I was finishing my senior capstone for college...so that, combined with auditioning and life in the city left zero time for blogging. But now that the semester is over and my summer semester is lighter, I've got a bit more time to devote to my Happy Tummies!

So just a quick update on my time away...I'm still in New York, and loving every minute of it! The acting is going great...staying busy for sure. And my little niece is just as cute as can be! I wish I could see her more.

My health couldn't be better! I'm still (and always will be) on the Specific Carb Diet...which is a gluten free diet. Basically, it's the Paleo diet, but I'm doing it vegan style. :)

But I've missed you guys! And I'm so excited to get back to it, and share more delicious and healthy recipes!

So, with Memorial Day coming up, let's start with some fun Memorial Day Eats! Nothing says Memorial Day like cookout food, like Burgers, Pizza, Potato Salad, Slaw, and Ice Cream! :)

I wish I could be spending it up at our lake home with my family in Wisconsin.... 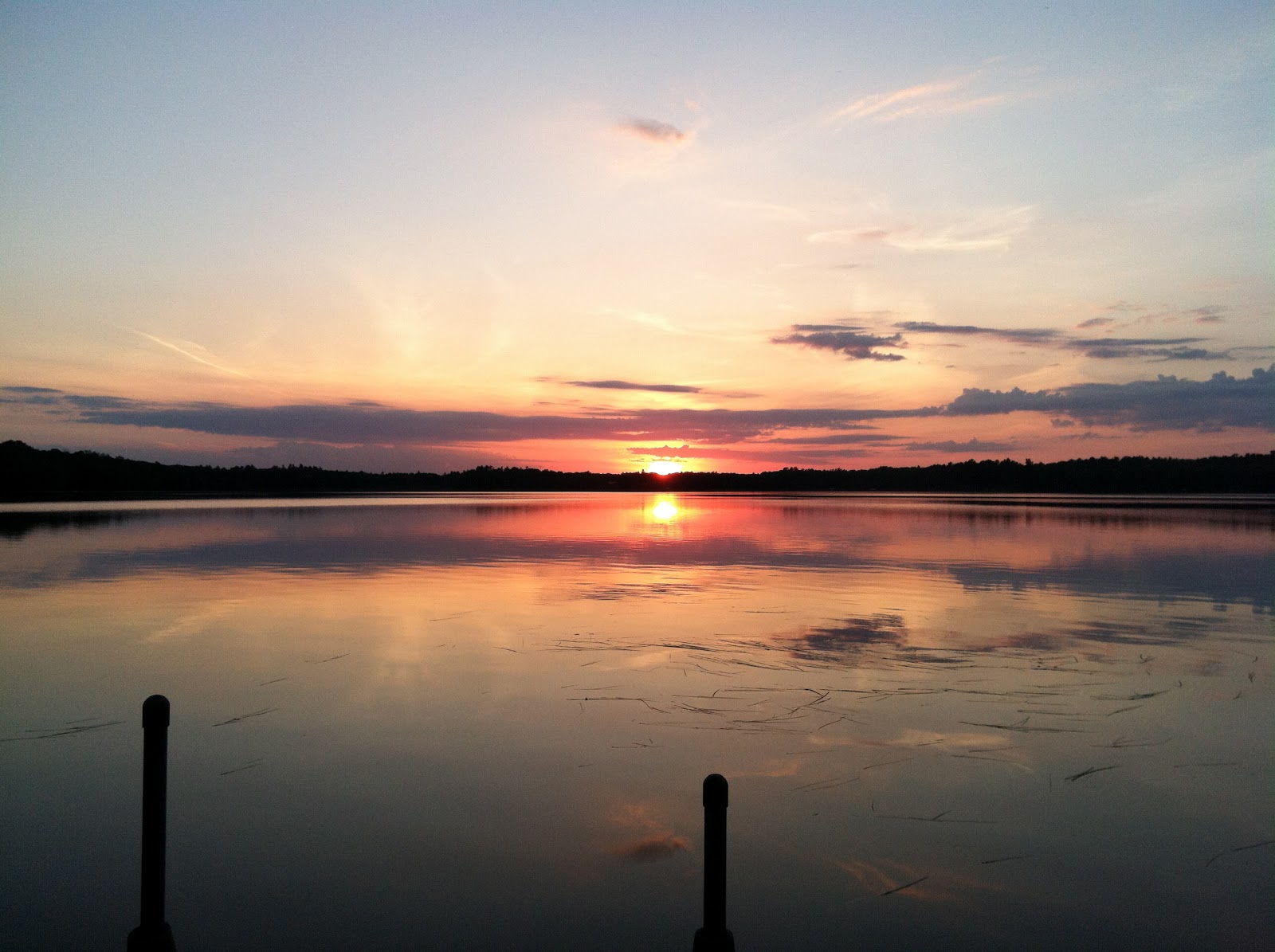 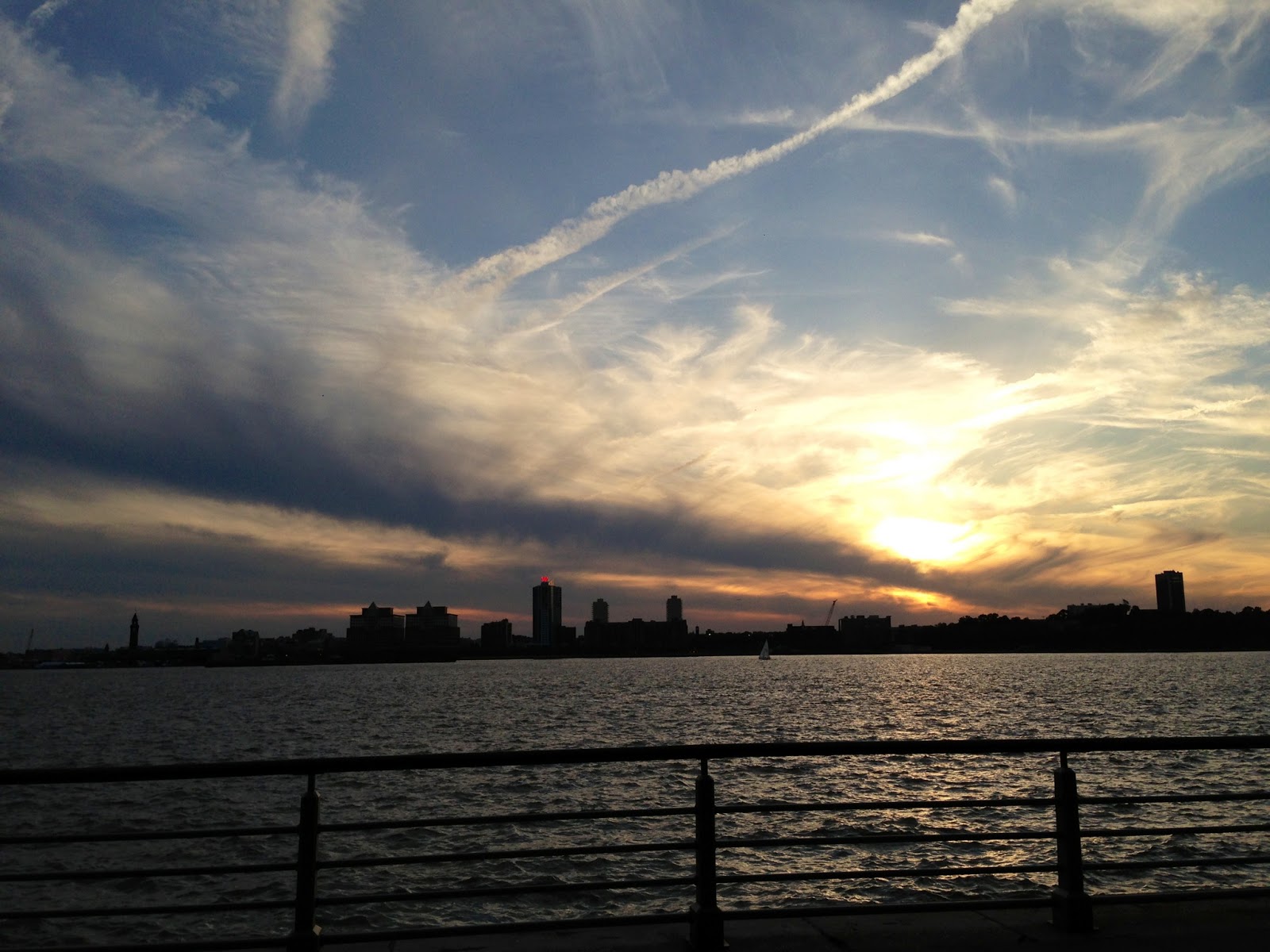 All the recipes are Gluten and Dairy Free! The majority are Vegan and Paleo. SCD = Specific Carb Diet, BED = Body Ecology Diet 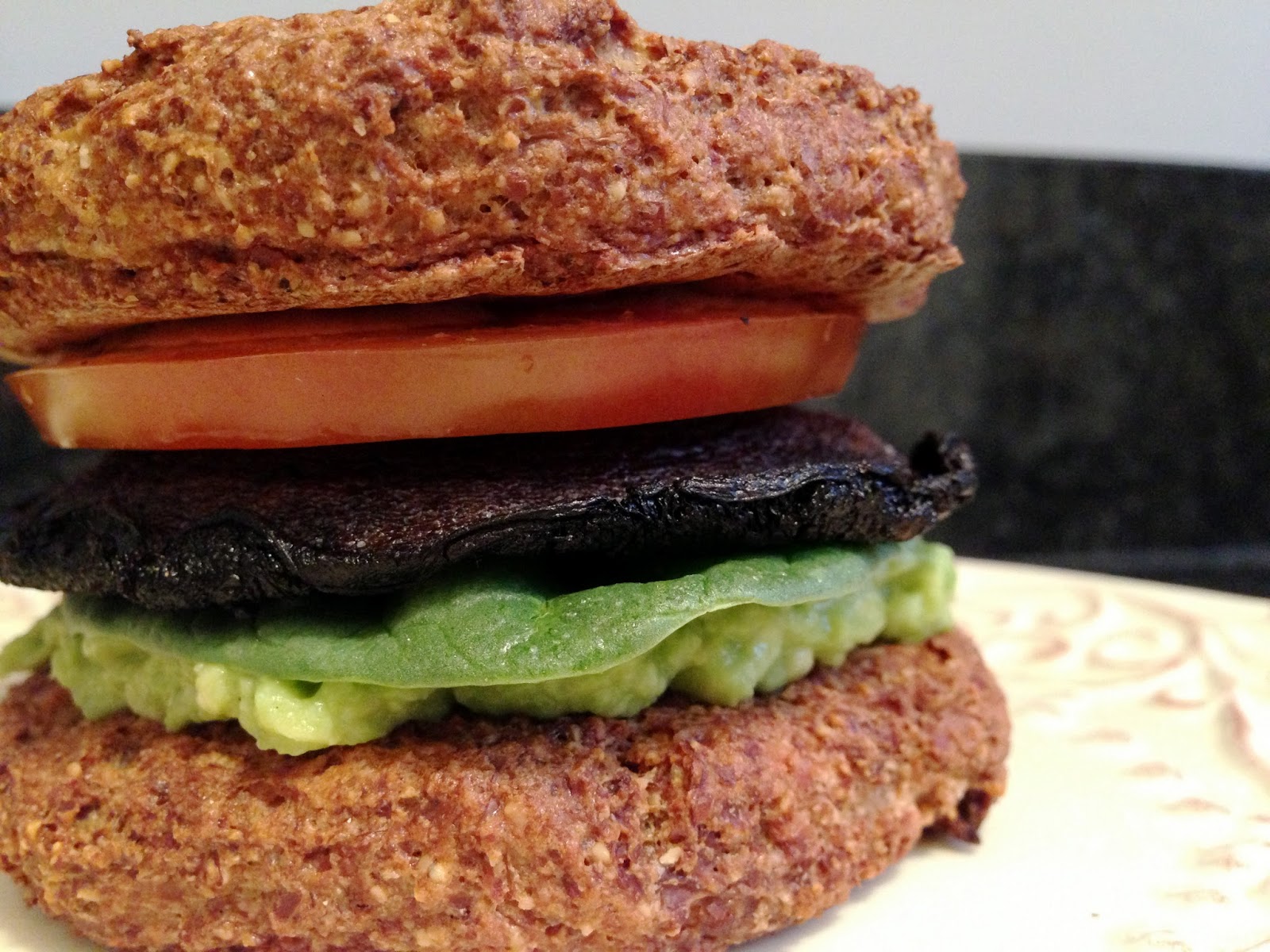 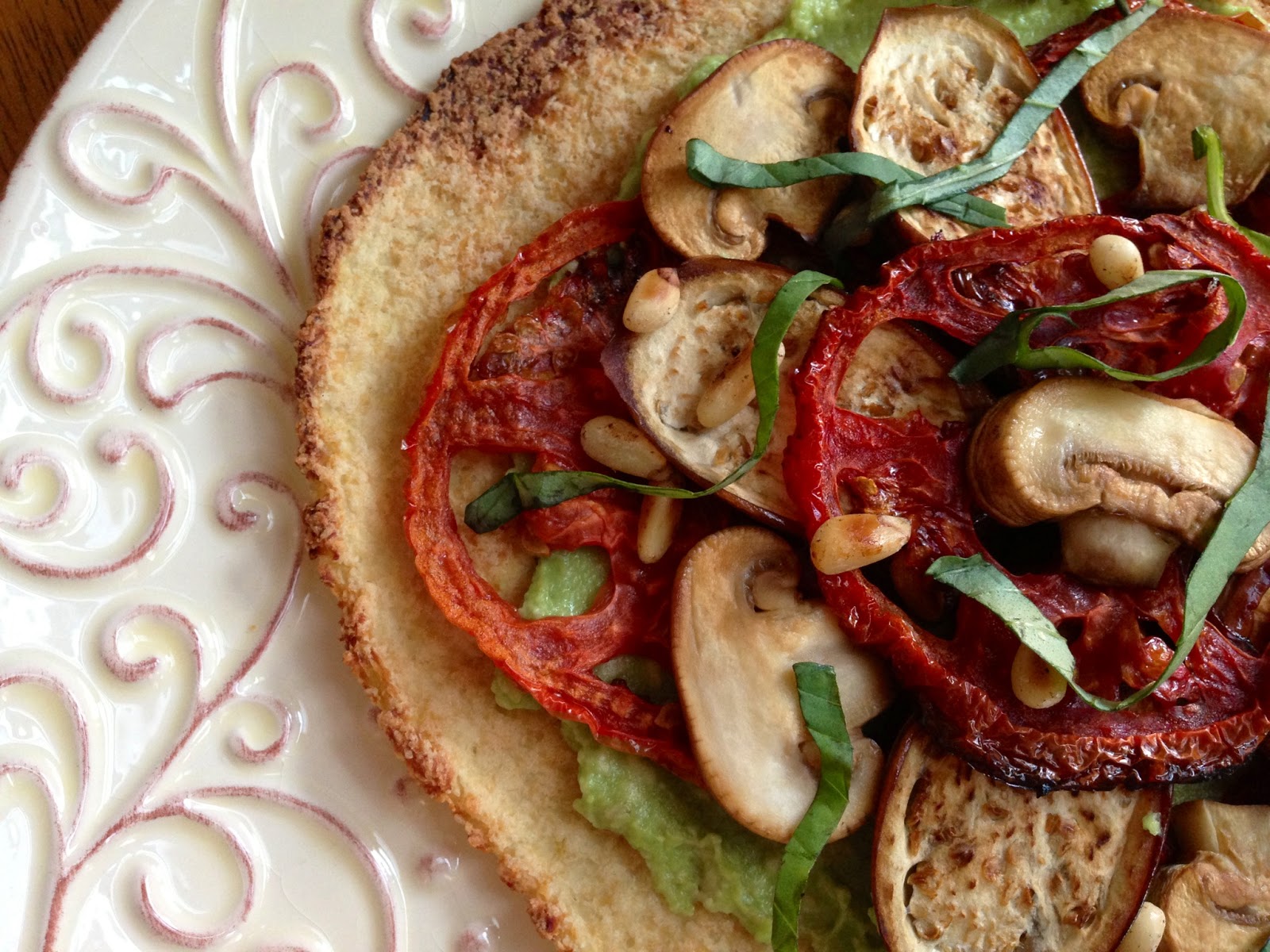 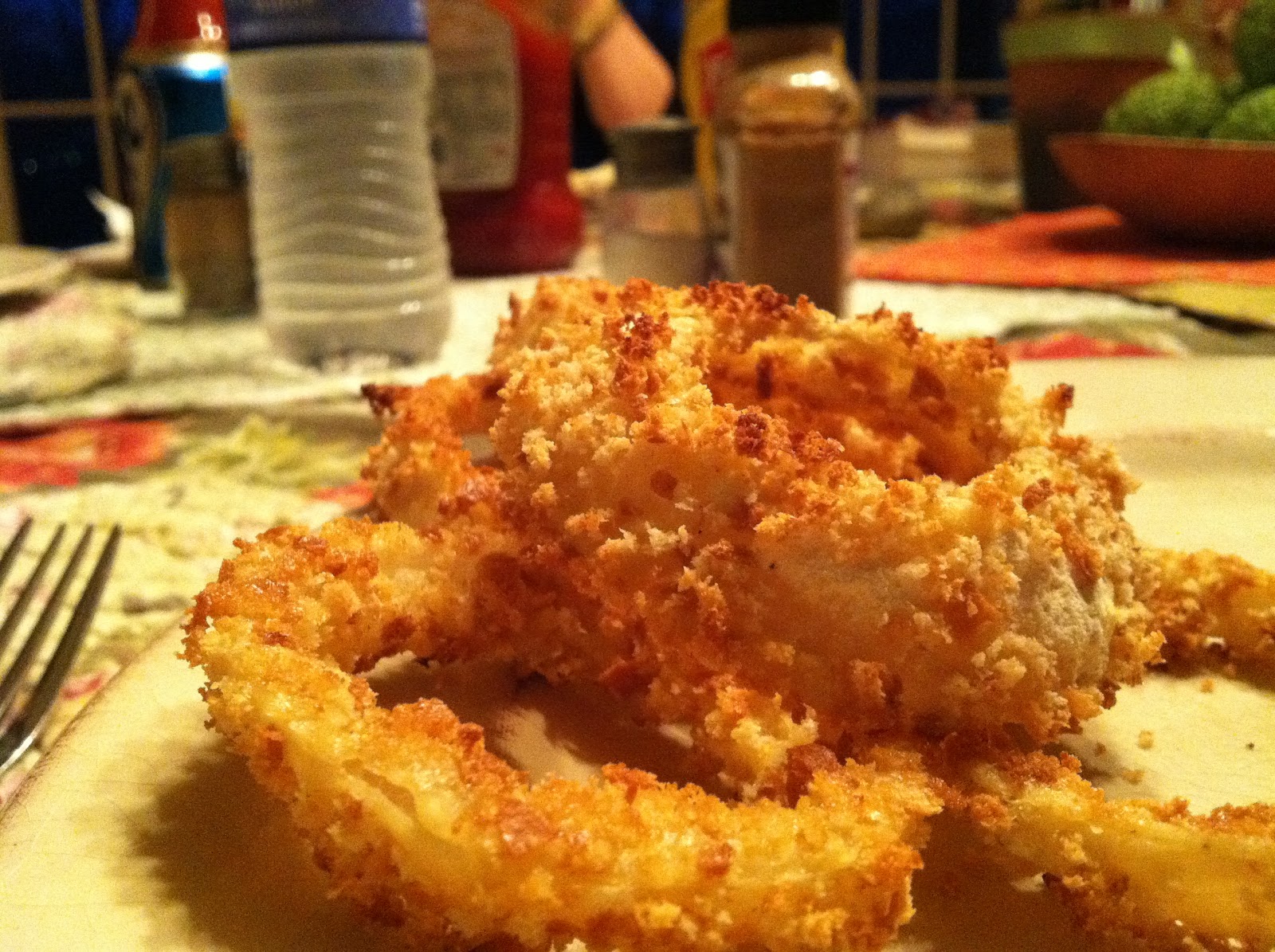 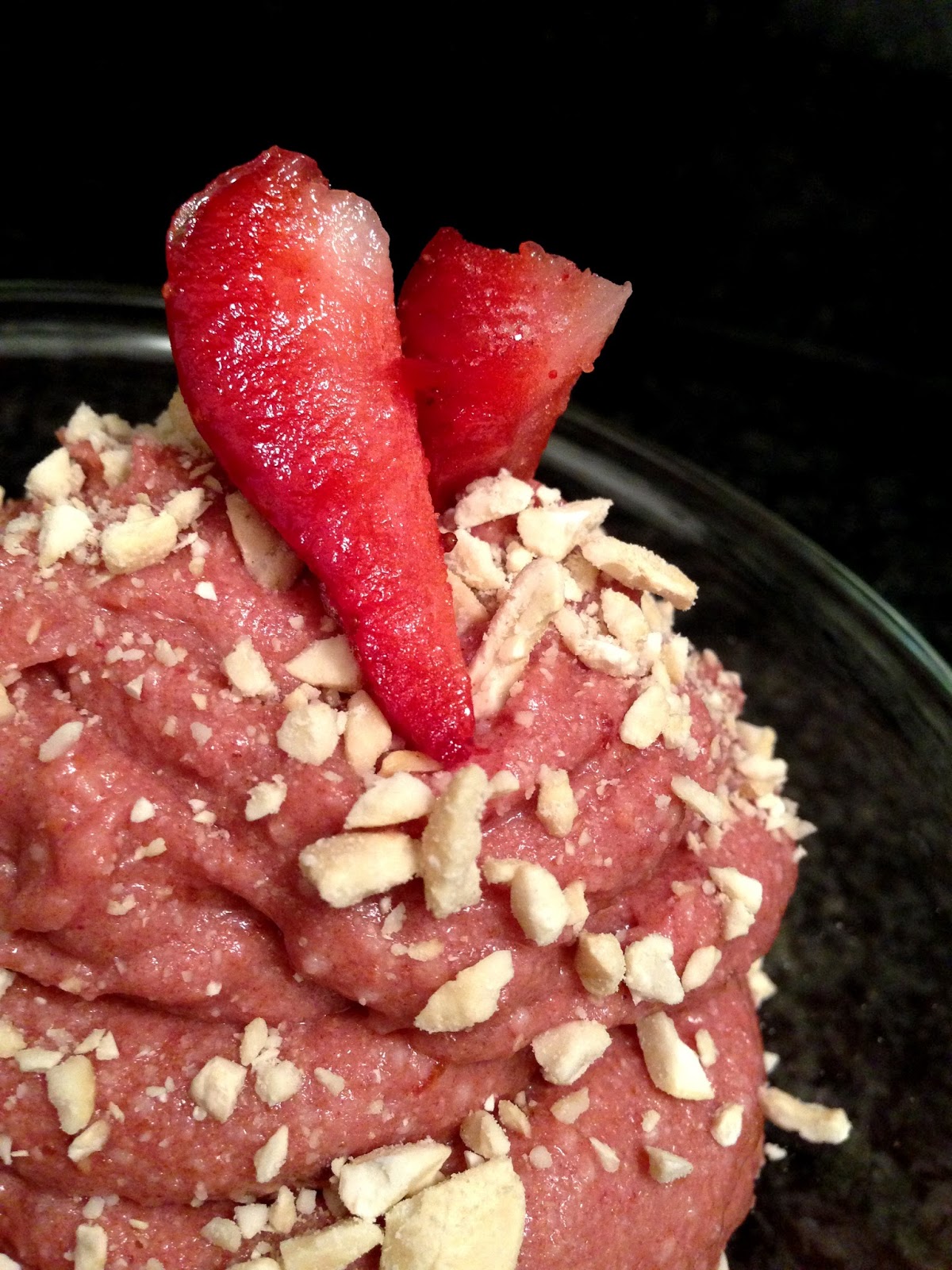 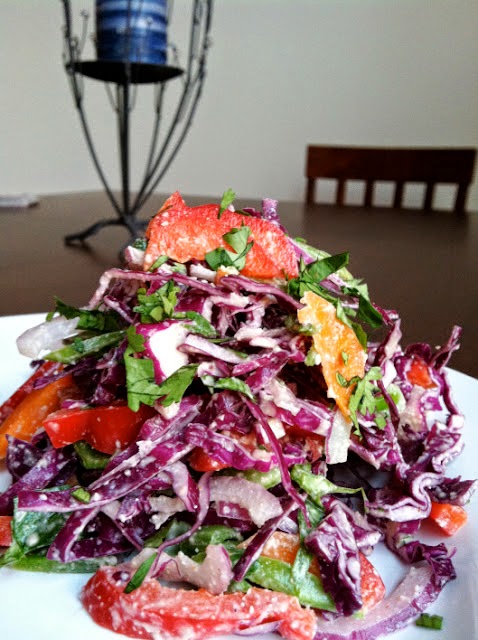 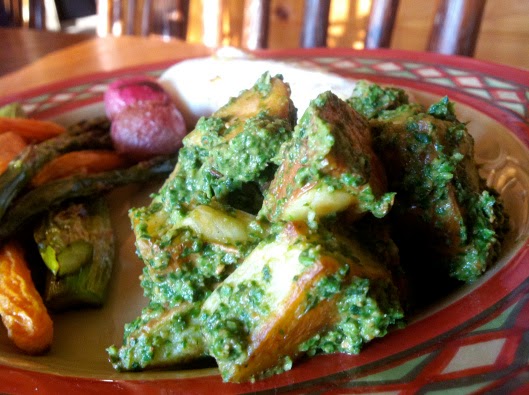 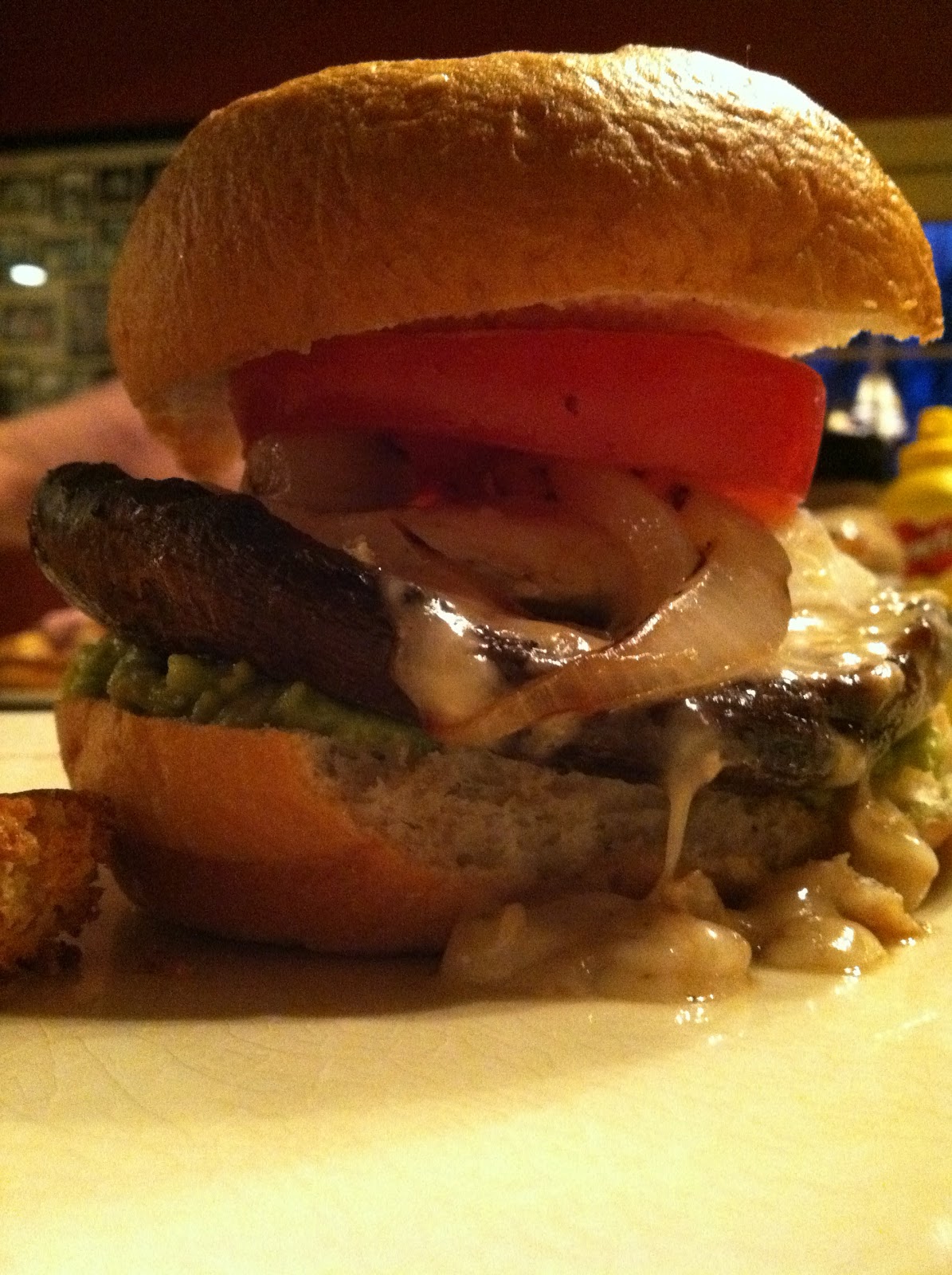 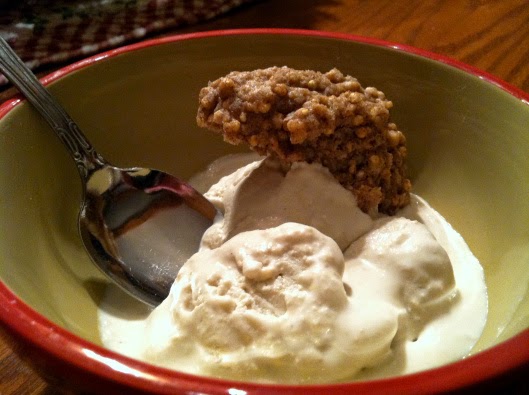 Posted by GlutenFreeHappyTummy at 4:28 PM 17 comments: